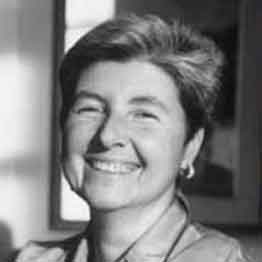 We know that Paola Boni has an inexorable urge to draw and paint.We don’t know why some people have this urge, but luckily for us, they do. Boni clearly observes everything around her very carefully and, I would say, affectionately. But this is not enough to constitute fully-fledged art. The way she translates her observations of reality into pastel drawings and oil paintings initially seems shrouded in ingenuity and wonder. It is only later that we realize we have been caught up in a game, one in which we rediscover and recognize everyday things that we know so well, whether they are still lifes of household objects or cars and other vehicles parked in cities and elsewhere.
When we talk about “still life paintings” we cannot help but think of Caravaggio’s “Basket of Fruit”. But imagine Caravaggio’s apple with its sticker still on: this is how Paola Boni paints it, while the great master’s was worm-ridden. His too was a hyperrealist representation that went beyond the conventions of academic perfection. centuries have passed and still lifes have come a long way since Caravaggio and the Flemish school: from Impressionism to Fauvism to Cubism, and from Morandi to Guttuso to pop art and more. Artists and movements have expressed their existential experiences through very varied collections of objects using an incredibly diverse range of methods and styles.
Nowadays, in the complex world of “reborn” painting, hyperrealist depictions are gaining significant momentum. While photography sometimes seeks to achieve particular effects that break away from the cold ” objectivity of the lens”, certain artists are attempting to render the image captured by our retinas with total accuracy using the most sophisticated techniques available. In the digital era of high-resolution images, Paola Boni delights in creating hyperrealist reflections of the world around her through her masterful use of both the pastel – an ancient, versatile medium – and oil paintings. She captures reality with the distinctive traits of today’s “mass culture”, yet the items we see are not solidified and set in stone by a technique that often tends to override personal expression. The artist also deliberately emphasizes certain anthropological factors, without shying away from the non-value of certain objects such as plastic bottles and cans, whose ephemeral existence is clearly revealed. Just as they are in adverts, these objects are depicted in the vacant, glossy style typical of that specific form of visual communication. The paste, however, gives the game away, revealing a quite different emotion: in her more recent works, we can detect a subtle layer of irony that makes up for the “photographic” faithfulness of her colder, more rigorous hyperrealism. The motif of the car is eye-catching throughout. Advertising, in particular, has always been forceful in selling the consumer masses the dream of the “latest model”, right at our fingertips. We, therefore, shift from domestic compositions to urban works. Here too, Boni’s cars embrace their environment as welcoming and familiar: their gleaming bodywork forms part of scenarios that I would describe as commonplace. In the same way as her still-lifes, they lead us to a “reality” in which everyday phenomena become modern-day icons. The artist frames her perspectives to show us fragments of a city that seem chosen at random; every element in our field of vision – from road signs to traffic lights, and from human beings to buildings and greenery – claims its own space. The car, however, is the star of the show. For better or for worse, it is one of the icons of our era: a blessing and a curse for the urban masses. An inevitable aspect of our habits and our culture. We must, therefore, give the car the respect it deserves (There’s the subtle irony I was talking about earlier).
Our artist also reveals an interest in other subjects: animals, boats, industrial vehicles, and so on. She shows a keen desire to really get to grips with her subjects, with depictions that follow the norms of hyperrealism without disregarding the infinite richness of the objects that she paints and their forms: a declaration of love for our age?
The artist seems to capture the silent messages that reality and the present, with their “forest of symbols”, send us in the desperate hope of being saved from the cruel indifference that drags them into oblivion: time’s unintended trick.
Maria Antonietta Spadaro